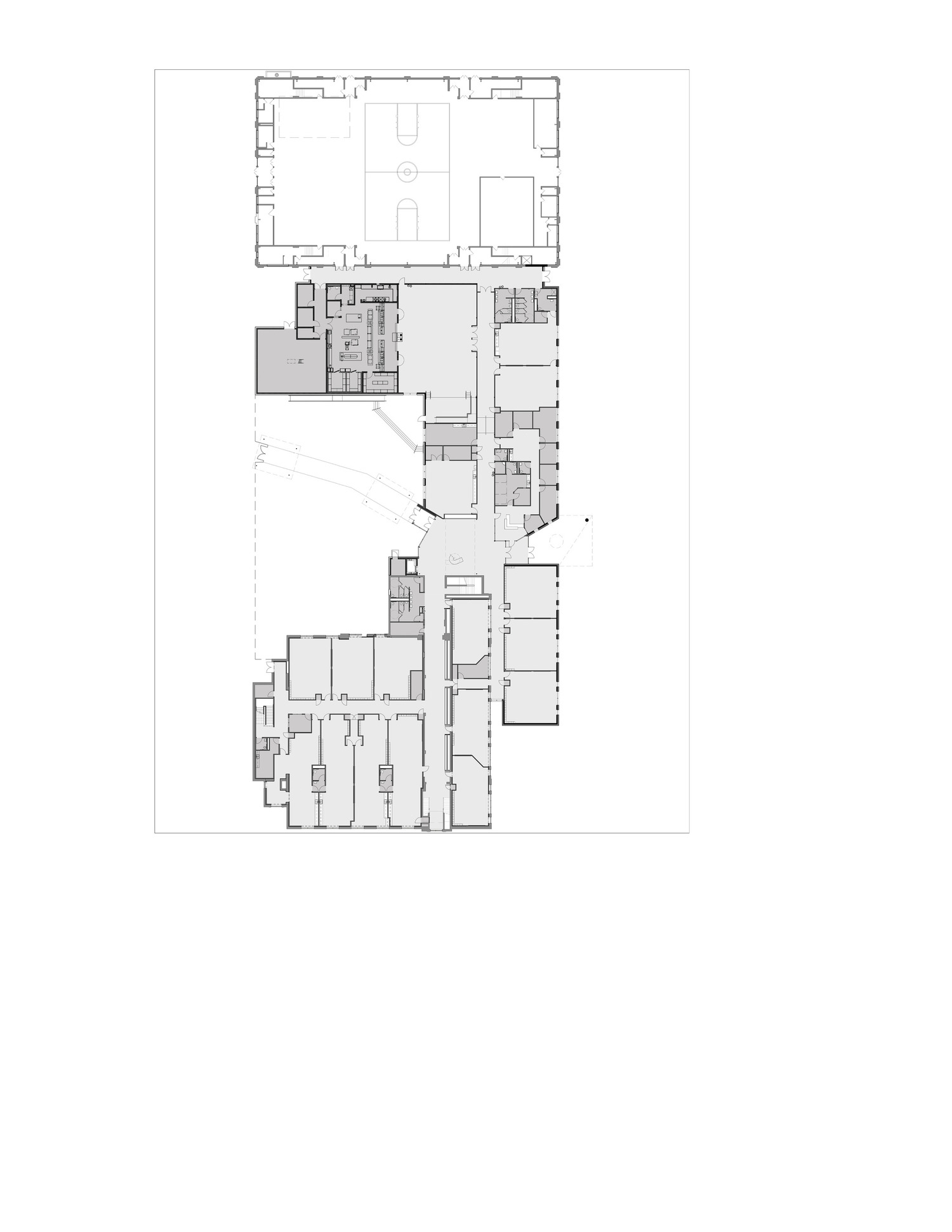 In downtown Jeffersonville, Greater Clark County Schools
consolidated two schools into one on a site which hosted
Jeffersonville High School until 1971. On the east side of
the site, the city of Jeffersonville owned the fieldhouse,
which it graciously allowed Franklin Square Elementary to
use. The historic gymnasium on the west side of the site was
re-purposed as two-story classrooms. Bridging between
the two historical buildings is new construction including
classrooms, a cafeteria, and administration. The
front entrance redefines an urban edge, while the
back entrance creates a private courtyard for the
playground. Inside the lobby space is an indoor slide,
a beacon of fun and a sense of pride for the school. 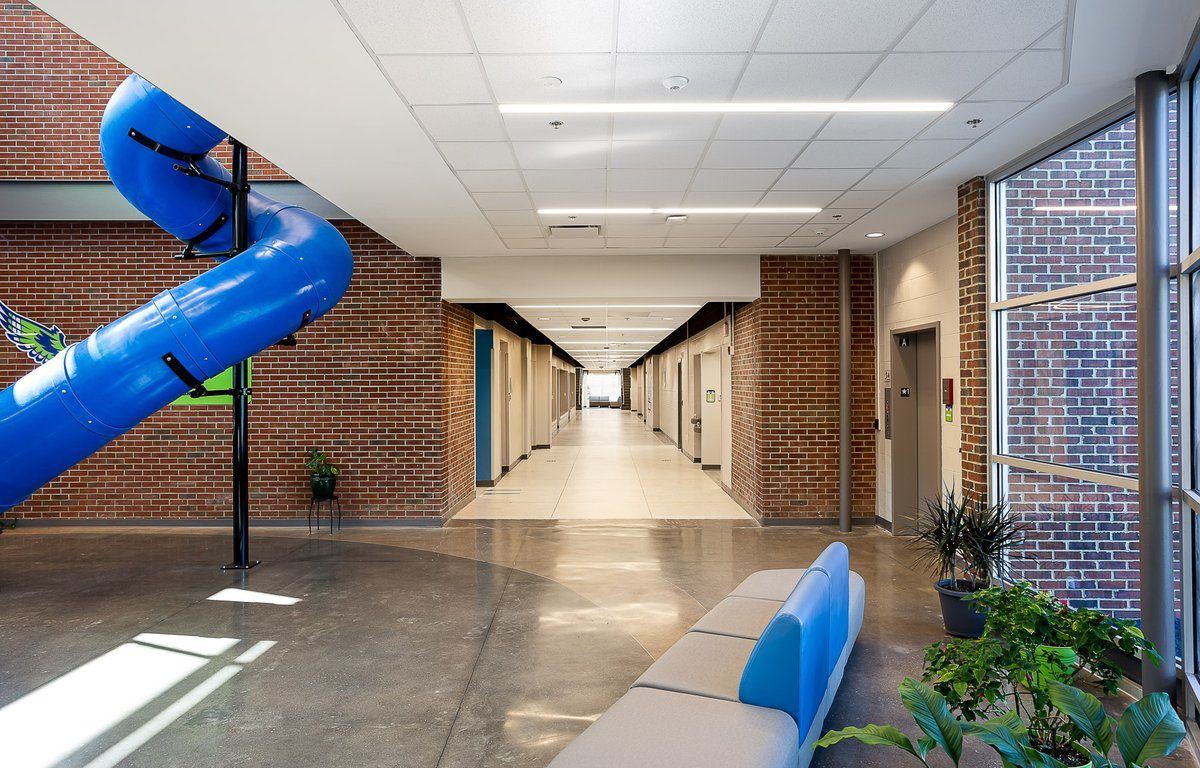 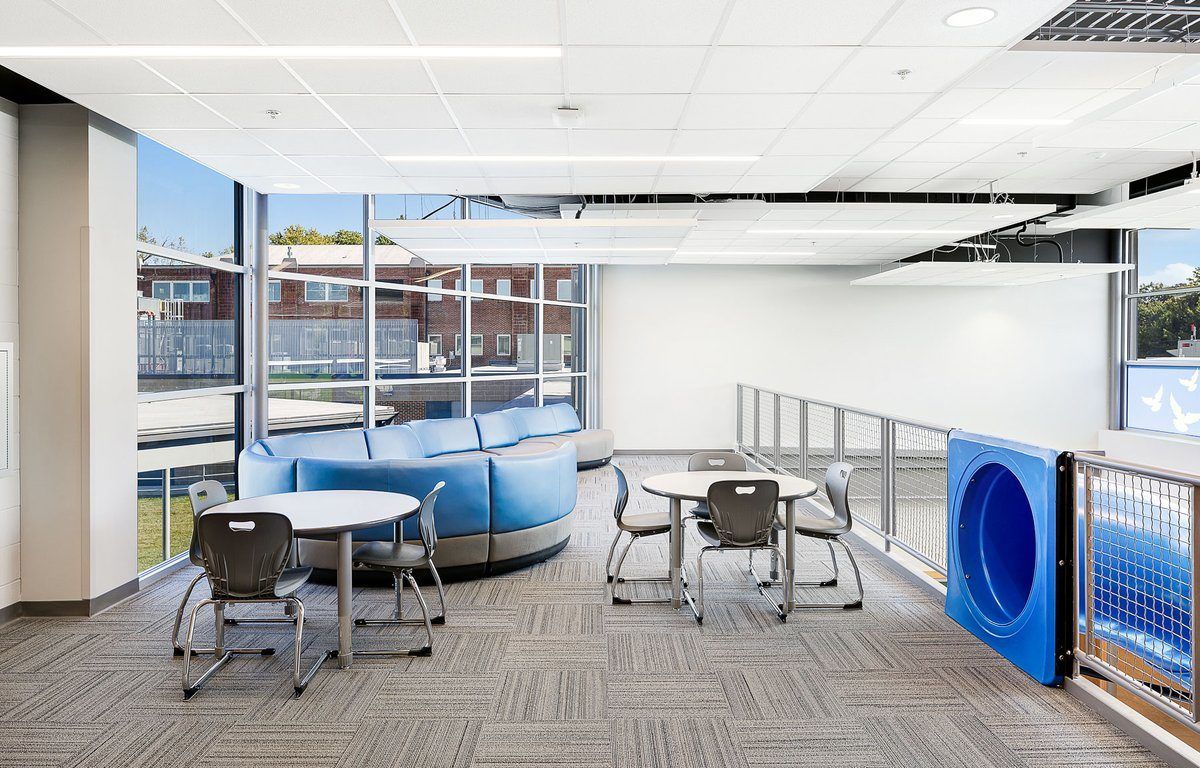 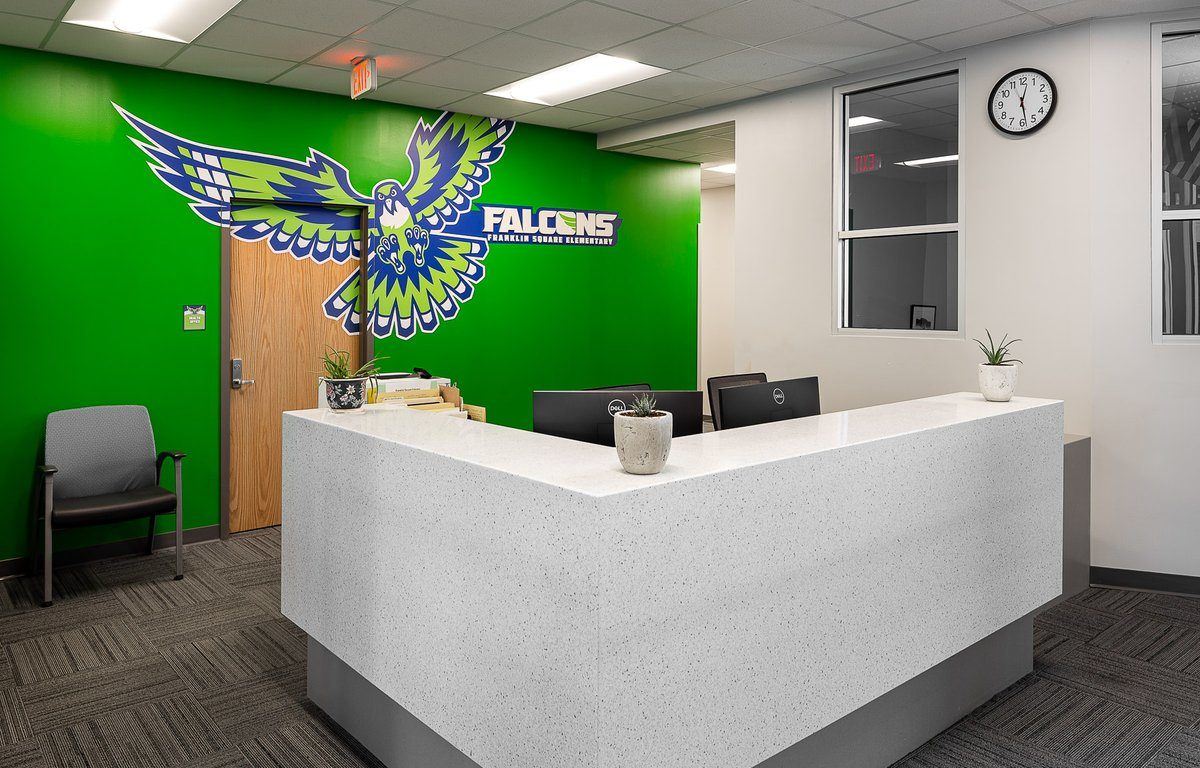 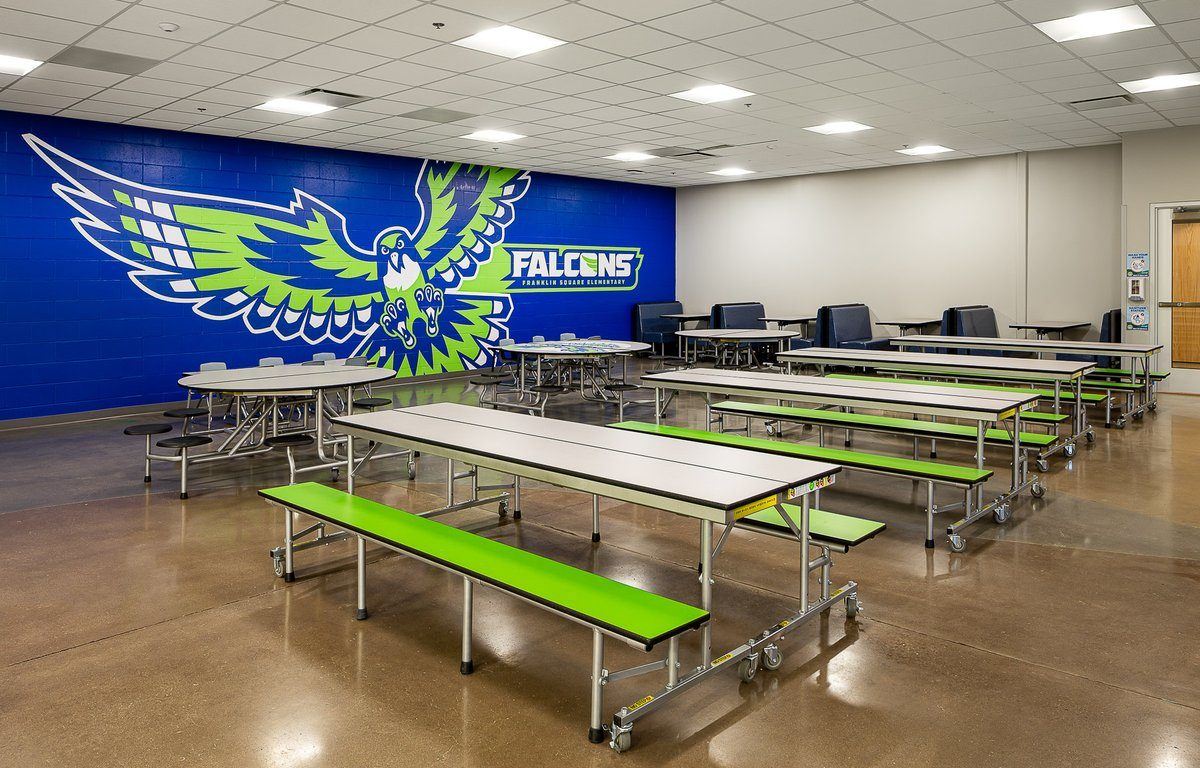 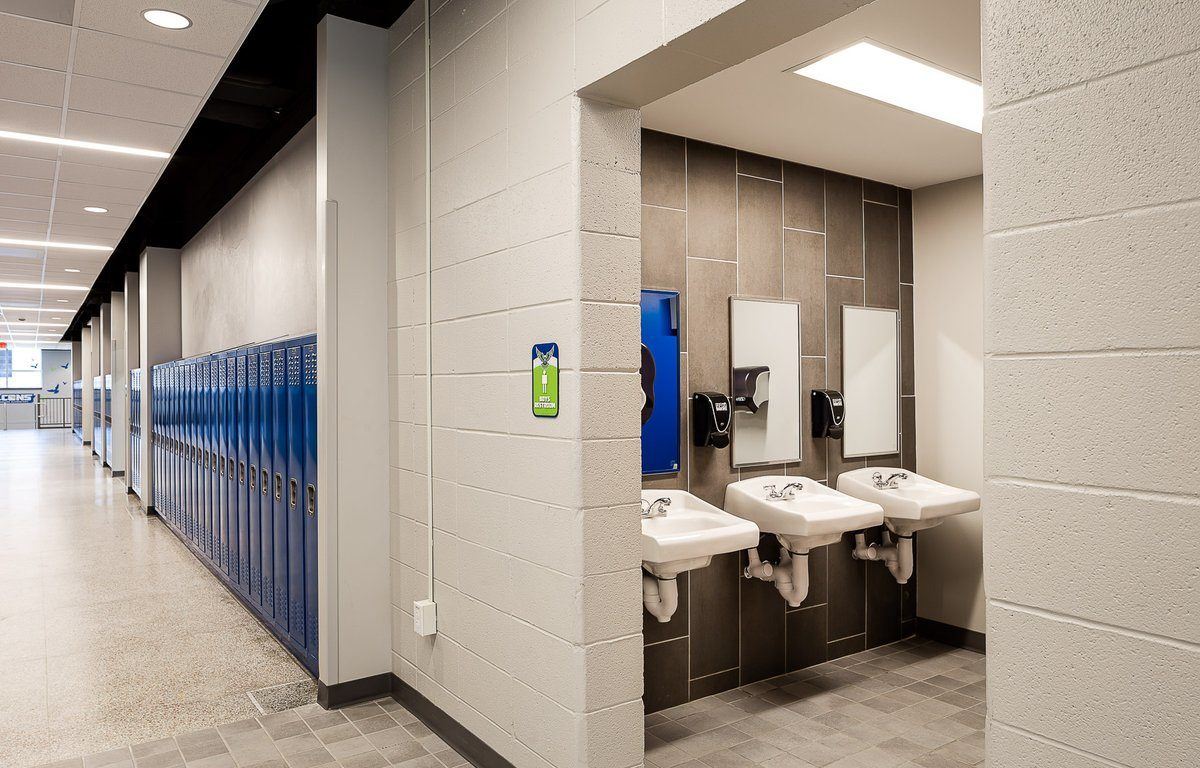 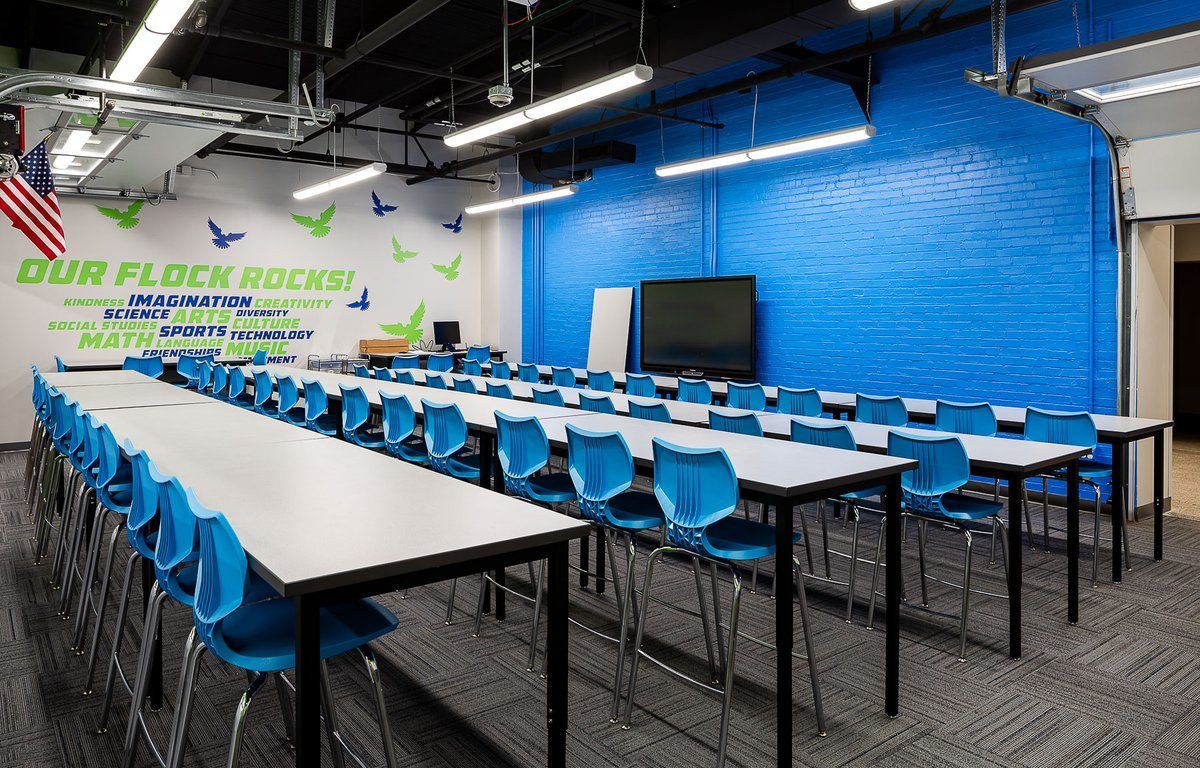 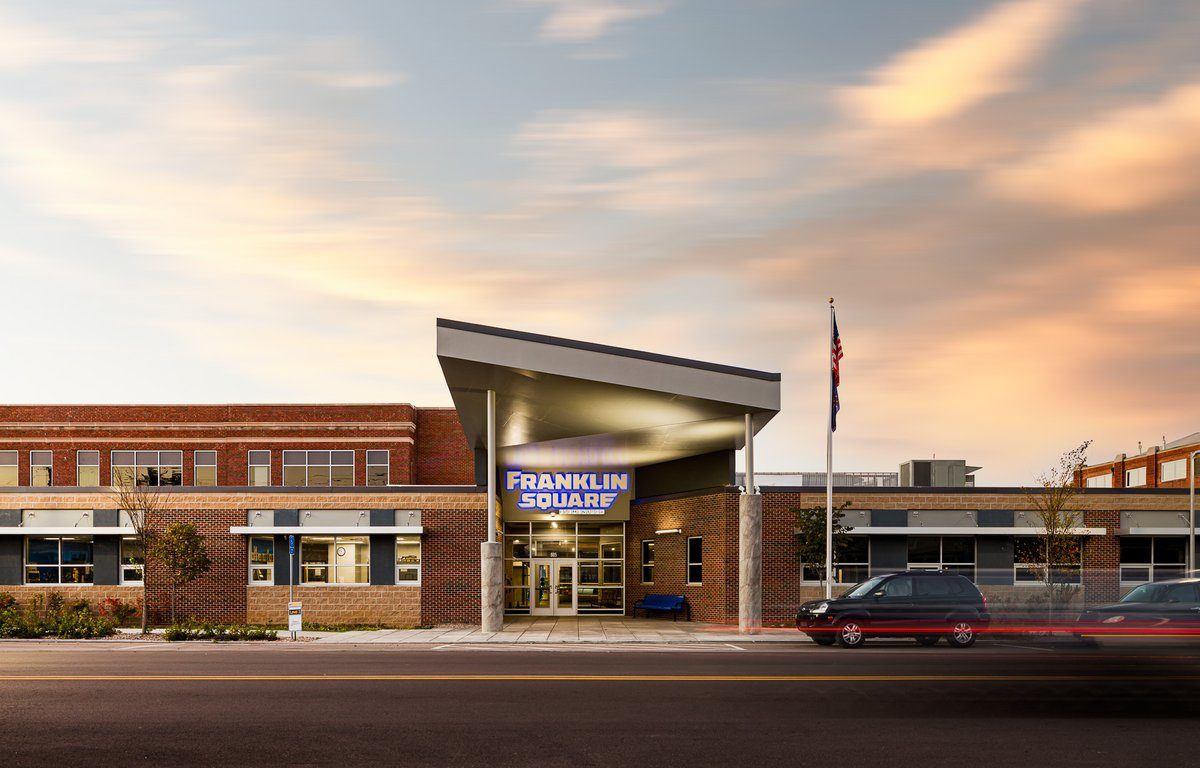 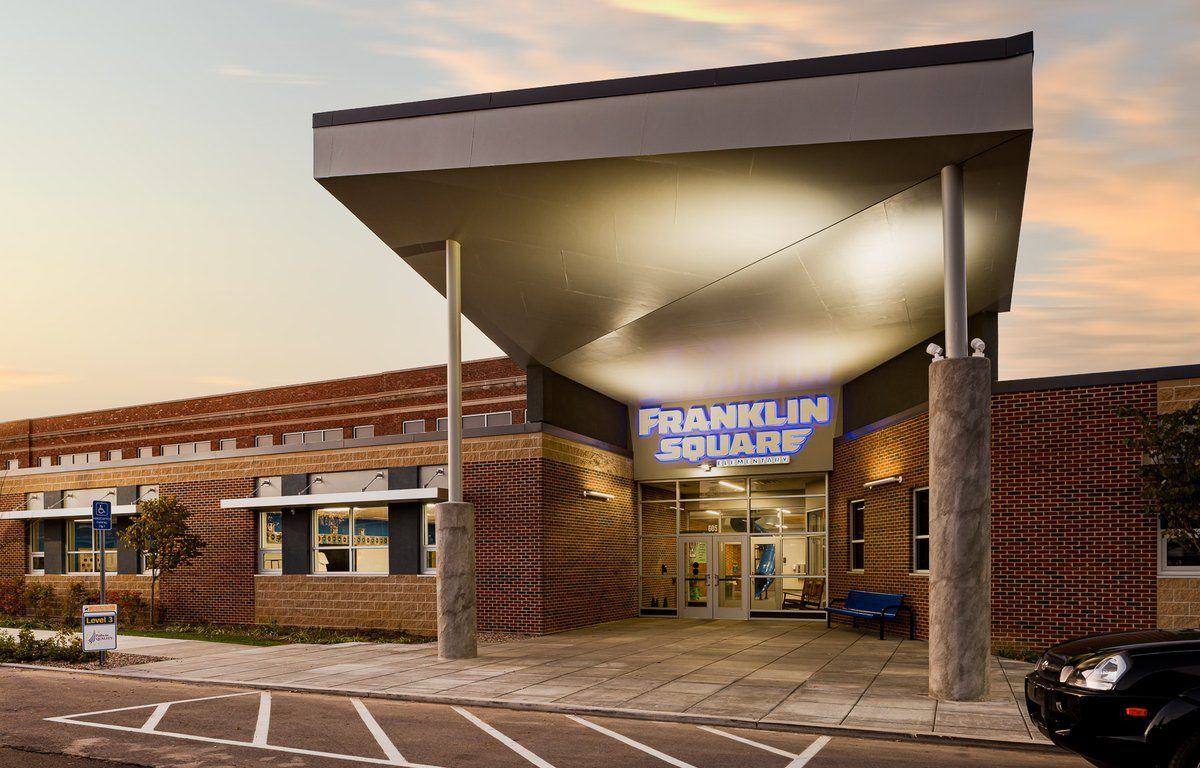 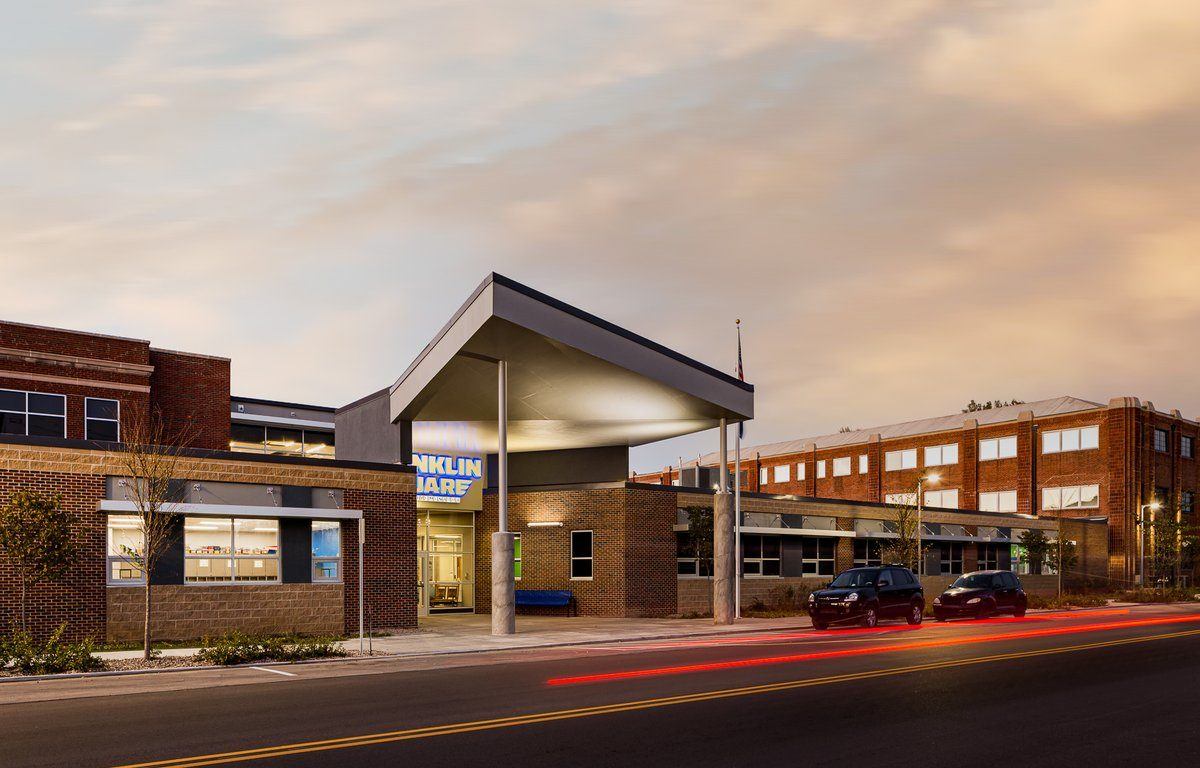 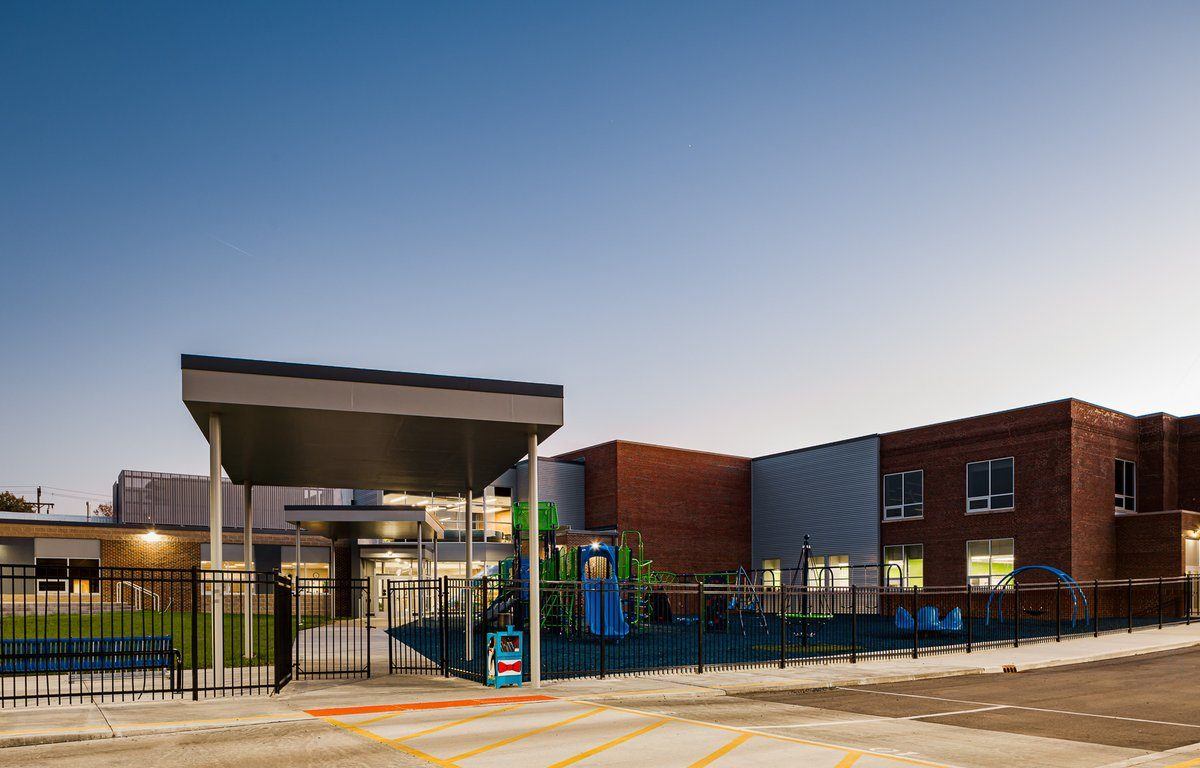 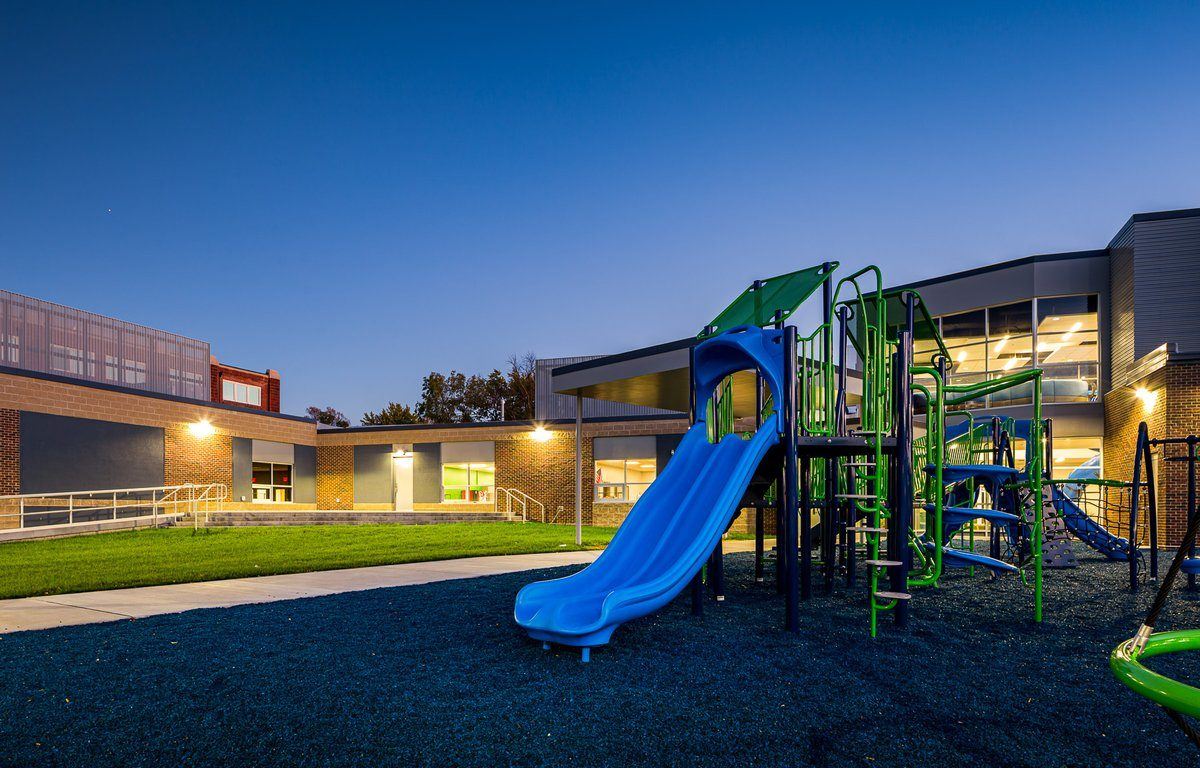